Disclosure: As an Amazon Associate I earn from qualifying purchases.

When putting together your complete trailer security system, choosing the best trailer wheel lock is a critical piece of the puzzle. Wheel locks are one of the top visual deterrents that keep casual thieves at bay. Plus, they work well to keep the pros out as part of a broader security system. Why? Because the longer it takes a thief to complete the job the better the chance of keeping your personal property.

In this guide, you’ll find the top five best wheel locks for trailers, RVs, UTVs, construction equipment, boats, jet skis/WaveRunners, and even cars or trucks. When we put our guides together, we put security first because our mission is to help you prevent theft.

Now, let’s get started with an overview of the five locks which includes all the most important specs to consider. After the overview, we’ll take a closer look at each of the locks to help you decide which lock(s) is perfect for your trailer.

There are two primary types of reliable wheel locks for trailers, and they are wheel clamps and wheel boots. Boots provide a higher level of security similar to a parking boot because they prevent both tire theft and trailer theft. Clamps, on the other hand, do not cover your lugs, yet they are good visual deterrents and do provide better theft resistance than nothing at all.

Another good option is to pair a wheel clamp with locking lugs to prevent tire removal. One of our top picks for trailers is McGard’s 74041 Chrome Cone Seat Trailer Wheel Locks #ad available at Amazon:

Additionally, you may even want to go a step further by pairing locking lugs with a boot-style wheel lock for multiple layers of protection. Finally, before we get to the reviews, it’s wise to use one of the best trailer hitch locks along with your wheel lock to secure your personal property.

Currently, there are two versions of the Trimax Ultra-Max: TWL100 and TWL400. The main difference between the two models is the inclusion of a Trimax padlock with model TWL400. This is important to note because model TWL100 uses tubular locks, which are easier to pick. Plus, model TWL400 is about 7″ longer to fit larger tires. Refer to the chart on the front of the package to ensure your tires are compatible with each Ultra-Max lock.

Next, unlike simple wheel clamps, this lock covers your lugs, which makes it difficult for thieves to simply remove your tire and replace it with a spare. This is a common occurrence that makes it easy for thieves to steal trailers secured by only a wheel clamp.

The final consideration is the build of this lock. Compared to inferior locks, this lock is beefier. You’ll immediately be able to tell the difference between this lock and cheaper inferior locks once you hold it. Lastly, operating the lock is easy, and the fact that it’s compatible with tire widths up to 18″ makes it an excellent choice for large trailers and trucks.

There are two versions of this lock, and model 491 (the XL size) is better for trailers with tire widths up to 12″. The first feature we like on this device is the actual lock. Unlike easy-to-pick tubular locks, the Claw XL features encrypted key access. The base package includes three keys that can’t be copied.

The clear advantage is that a novice lockpicker will have a tougher time picking this lock than a tubular lock. Also, you have the option to get multiple Claws keyed alike by choosing model 491KA. Outside of the lock, this is a fairly substantial lock that’s heavier than the Trimax and Goplus clamps featured in this guide.

One final advantage of choosing a clamp over a boot is the smaller chance of scratching your trailer. Operating the Tire Claw with its vinyl-dipped tips requires less finesse than operating the bulkier Trimax lock above. All things considered, this is a beefy trailer wheel lock that makes an excellent addition to any trailer security system.

Now, let’s take a look at Trimax’s chock lock, which is a more affordable option than its boot-style wheel lock. Compared to The Club wheel clamp above, you get about the same level of security from Trimax’s chock lock. There are currently two versions of this lock available, the smaller 7.25″ TCL65 and the larger 10.5″ TCL75.

As for the lock, most wheel clamps are very similar. This lock features a steel body, powder coat finish, and rubber-coated arms to protect your rims. One advantage of choosing this model over The Club is the built-in chock that prevents trailer rollaway while jacking up and disconnecting your trailer. However, the lock is easier to pick than the Tire Claw, which is one reason we ranked The Claw above this lock.

If Trimax’s wheel boot is outside of your budget, then this model by YaeTek is a great affordable alternative. Unlike Trimax, the company is relatively unknown, and the lock is made in China. On the bright side, it costs about as much as – or even less – than some popular wheel clamps on the market.

Instead of having to purchase locking lug nuts and a wheel clamp for total anti-theft tire protection, you get everything in one with YaeTek’s boot. One key consideration to make before choosing this lock is your trailer tire width. According to YaeTek’s specs, its boot is compatible with tire widths between 5.5″ to 9.84″.

One nifty feature found on this lock is the integrated spikes that puncture the tire in the event a thief tries to drive off while the boot’s attached. One drawback is the tubular lock that’s similar to what Trimax offers on its boot. While novice thieves may not notice the vulnerable keyhole, any skilled lockpicker will have no trouble picking the lock.

Our current favorite budget wheel clamp is this one by Goplus. Goplus manufactures a wide range of items, from exercise equipment to household items, and for the money, the company’s wheel lock gives you good bang for the buck. The first feature we like is the non-tubular lock, which gives you better pick resistance out of the box.

Next, we like that Goplus decided to completely coat the arms to avoid scratching your trailer. Additionally, you get a large rubber handle that makes connecting/disconnecting the clamp a lot easier. As for compatibility, this lock works with trailer tire widths between 7″ and 11″.

A couple of final features we like are the waterproof cover on the keyhole and the brass lock core for good resistance to corrosion. All in all, this clamp is the easiest to use of the locks in this guide with quality components for a reduced cost. For basic trailer security or as part of a comprehensive anti-theft system, it’s hard to go wrong with this clamp.

It’s important to note that even the best wheel locks for trailers are more of a visual deterrent than an ironclad security measure. When combined with other trailer security devices such as tongue locks, coupler locks, hitch pin locks, locking lug nuts, and gooseneck-style coupler locks, you get maximum security.

The main advantages of a wheel lock are its large size and bright color. Most casual thieves will see a wheel lock before other types of locks, and when they do, they’ll more than likely skip over your trailer. For determined and skilled thieves, wheel locks add time to any potential theft and an additional layer of security. Plus, when pairing wheel locks with other anti-theft devices, even pro thieves will realize the theft requires too much time to complete.

The final step is to consider the value of your trailer when choosing your wheel lock. For cheap trailers that aren’t hauling any high-value items, a wheel lock might be all you need. For expensive trailers and trailers carrying expensive items such as your prized boat, a wheel lock is a great addition to a total anti-theft system but shouldn’t be relied upon as an all-in-one security solution.

Jump Back to Top 5 Chart 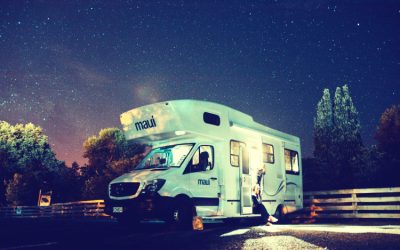 When choosing keyless entry in any circumstance, one must find the perfect balance between... 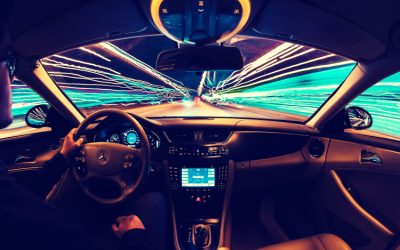 When searching for the best car alarm with GPS tracking, it's important to know that your options... 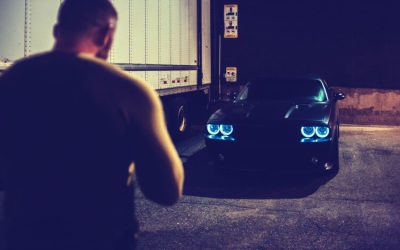